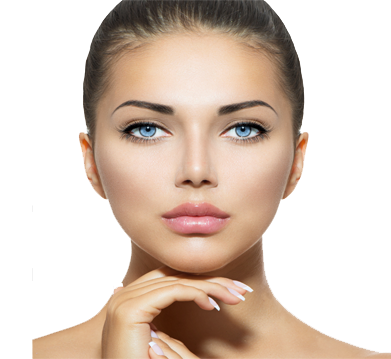 Rhinoplasty (nasal surgery) is an operation to improve the shape and size of the nose so that it is in harmony with the rest of the face. Rhinoplasty is essentially a surgical sculpting of the nose and is accomplished by careful contouring of the bone and cartilage giving the nose its shape. At the same time, deformities that cause breathing problems, and some sinus disorders, can be corrected. In open rhinoplasty, a small cosmetic incision is used on the underside of the nose that allows for direct access to the entire cartilaginous structure.

Rhinoplasty is performed in our Joint Commission accredited surgicenter under sedation with local anesthesia. The surgery takes approximately two to three hours. After the surgery, a nasal splint is used for several days to act as a protective casting.

Rhinoplasty is often an enhancement to facial rejuvenation, particularly in the correction of the aging nose (drooping of the tip). A significant “combo” effect is seen with facial augmentation in conjunction with cosmetic nasal surgery. In most instances, change in appearance can be seen immediately.

Rhinoplasty can be functional and cosmetic and may include septoplasty and/or reduction turbinoplasty to improve airway in functional cases. It may also include manipulation of the nasal cartilage and nasal bones.

I decided to make a change in myself. It was about time. Dr. Casey and Dr. Murtagh are amazing! They customized a brilliant plan for me that was affordable and exciting. I have had 3 procedures- eyelids, facelift and Breast implants. I cannot express how amazing I feel! Thank you to both doctors for the new me! – *Amanda W. Age 47  *results may vary

Dr. Murtagh specialized in full body plastic surgery and is Board Certified by the American Board of Plastic Surgery. He is skilled in body contouring procedures. He performs abdominoplasties (tummy tucks), liposuction, and removal of excess, redundant tissues of the arms, legs, and torsos for patients who have experienced significant weight loss and more. He also offers the Brazilian butt lift for qualified female candidates. He specializes in breast lifts, reduction, and augmentation and more. Get the body you have always wanted!